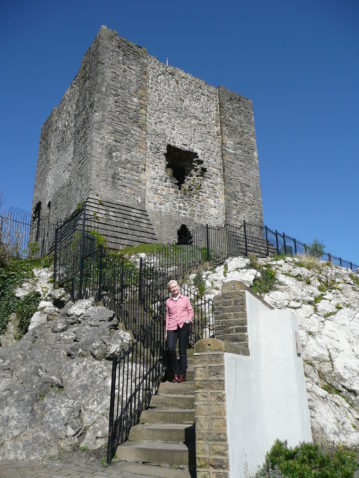 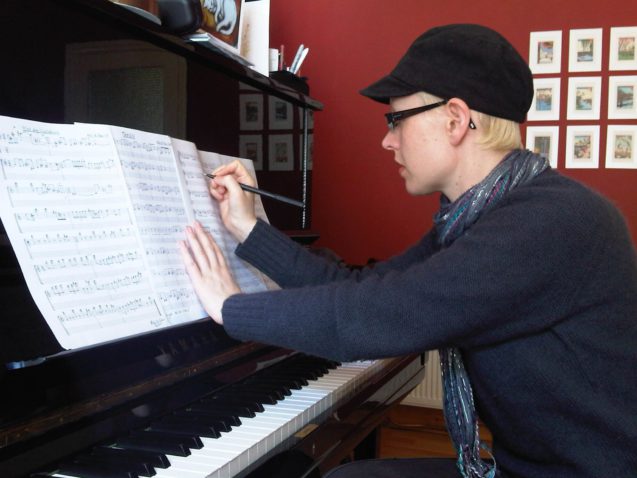 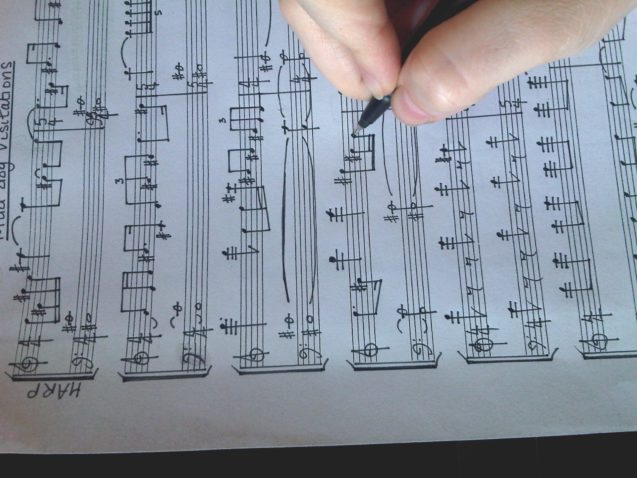 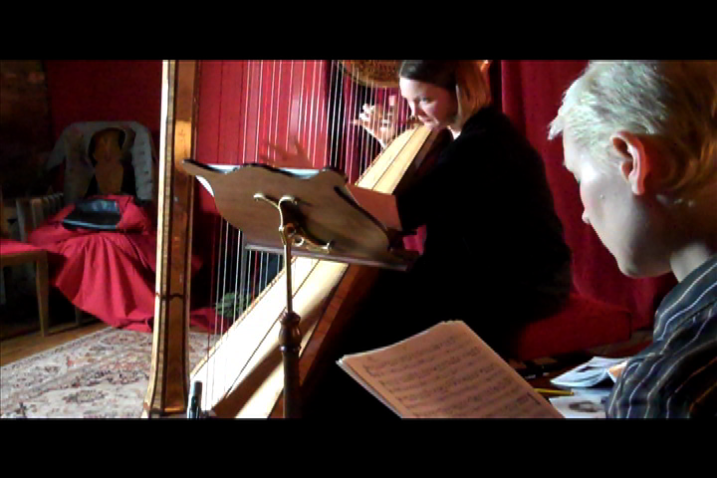 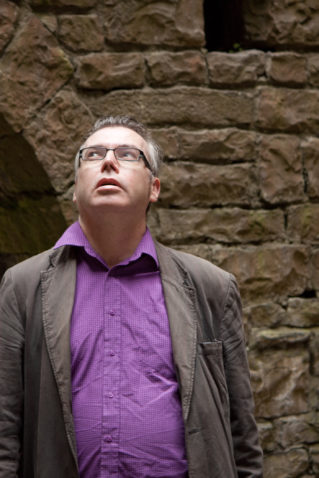 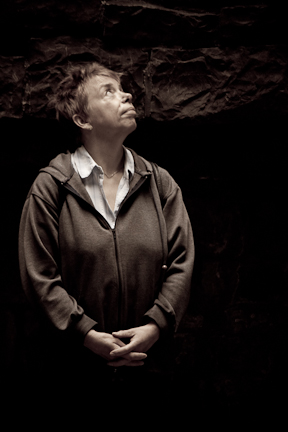 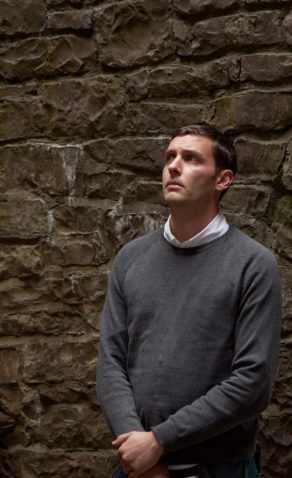 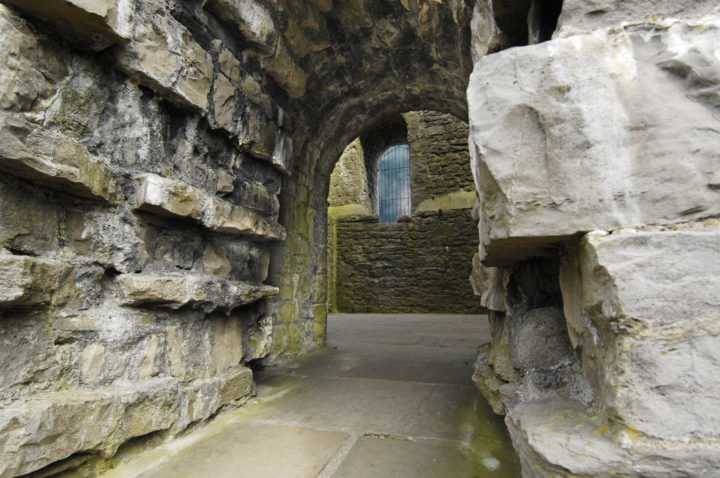 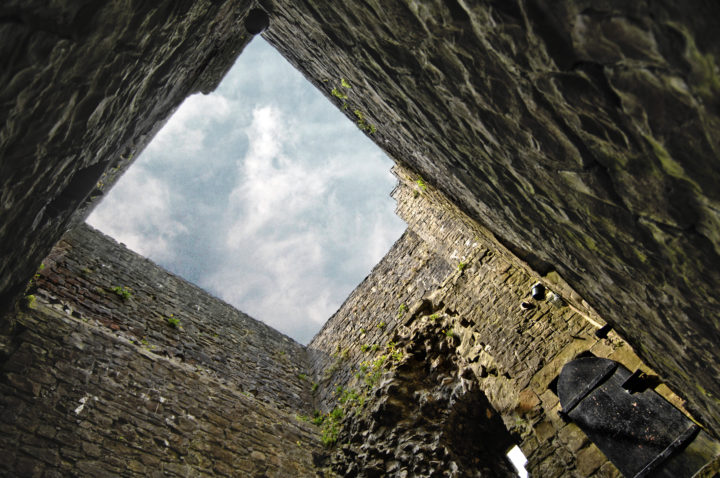 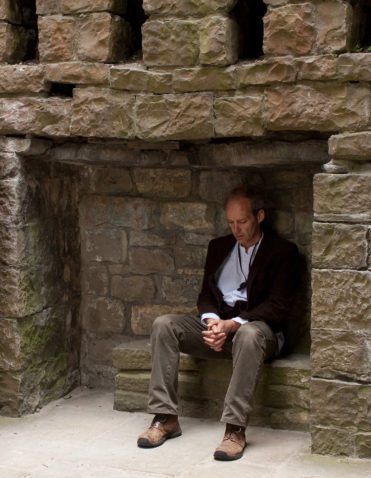 Contemporary Heritage: A new way of seeing is an ambitious programme of site-responsive commissions at historic sites across Pennine Lancashire. The interventions, inspired by Pennine Lancashire’s heritage, animate each site and offer visitors a rare chance to experience major works by artists of national and international standing outside urban centres.

Ailís said “Clitheroe Castle Museum and grounds are fascinating. The Keep itself is particularly inspiring and has terrific scope for engagement with the public which is something I focus strongly on throughout my artistic work.”

Ailís created a sound installation specifically for the Castle Keep which ran from 18 June 2011 to 3 June 2012.

Her composition was inspired by the story of the Lancashire Witches and the 400th anniversary of the Witch trials in 2012. Ailís spent time imagining how they might have spent their final four months in captivity whilst awaiting trial. She said,

‘For me TAKEN is about animating The Keep through music which aims to evoke those last months of captivity where I imagine that the accused might have hummed to themselves and each other to comfort, entertain, mourn, motivate or simply to kill the silence. My composition takes small cells from each of the hummed pieces and interweaves them with acoustic harp accompanied by a number of other sonic elements aimed to contribute to my images of the experience I want to create for the listener – the visitor to The Keep’.

On the 8th April 2011, Ailís met with 12 Lancashire men and women who had responded to a call out from the artist. They were individually recorded humming a tune of personal poignancy that has been used in the composition. You can read more about this experience on our blog.

Ailís spent a day recording with classical harpist Amy Liptrott whom she met when they were both studying at the Royal Northern College of Music in Manchester in 2002. Amy has since been engaged by the Royal Shakespeare Company, the Royal Liverpool Philharmonic Orchestra, the Manchester Concert Orchestra and The Hallé. For Ailís the harp was the instrument most in keeping with her ambitions for the piece. There is also a historical link, the harp, (including the Irish harp), was frequently played in courts and castles in the early 17th Century, the time the trials took place.

Ailís received her Purcell Room (London, Southbank) in 2007 and her Carnegie Hall, New York debut the following year. Her music has been performed all over Europe, in the USA and on Irish (RTE), UK (BBC), German, Greek radio and released on five CDs. She has been selected to attend numerous prestigious Composition Residencies in Britten Pears School in Aldeburgh, Dartington International Summer School, Cesky Crumlov Young Composer’s Residency, Culture 2004 in Rome and Thessalonika, Interact in Denmark and has been granted two Residencies at the Tyrone Guthrie Centre Ireland.

Ailís was 1 of 8 talented producers selected by the PRS Foundation for their New Music Plus scheme. Each producer collaborated with a prominent cultural organisation to produce challenging and exciting new music events. Ailís worked with Cornerhouse

A short video introducing Ailís and her work http://vimeo.com/18572875

Ailís was selected in March 2011 by Drake Music to collaborate with film and visual artists Melanie Clifford and Rebecca Key on a unique on-line commission.

In Sleep… commissioned by The Royal Liverpool Philharmonic Orchestra commissioned for their Ensemble 10:10 which was premiered in Liverpool with soloist Lore Lixenberg.

DOWN, commissioned by MetalCulture for the Liverpool Biennial, a collaboration with visual artist Nicola Dale supported by Arts Council England.

Brief-Blue-Electric-Bloom, an experimental music-theatre piece commissioned by Cornerhouse as part of the AND Festival and supported by PRS Foundation for Music, Arts Council England and Paul Hamlyn Trust.

We would like to thank the Foyle Foundation, the Granada Foundation, Lancashire County Council and Arts Council England for their generous support.

“Thank you for a marvellous experience. Ailis was quite inspirational and I really look forward to seeing what she does with our humming.” (One of the 12 hummers)

“Wonderful – incredibly moving and delighted to have been involved in the process. Thank you for expressing the earthy necessity of music! Am looking forward to revisiting on a cloudy/drizzly day!” (One of the 12 hummers)

“Met Ailis on an Artists’ Programme and have found her unusual, inspirational and sensitive, her work encompasses these qualities and more”

“It is a haunting piece…what an interesting way of interpreting the place, the landscape and historic episode – a tragic one – in Lancashire’s past. Wonderful/thoughtful.”

“Mesmerising mix of architecture, weather, extraneous sounds and engaging music, with haunting overtures of imprisonment. Reminded me of being inside the Jewish Museum in Berlin.”